Each year The Observership Program hosts an Observer.

David Gonski is Chairman of the Australia and New Zealand Banking Group Ltd. David is also Chancellor of the University of New South Wales, President of the Art Gallery of NSW Trust, and Chairman of the UNSW Foundation Ltd. He is also a member of the ASIC External Advisory Panel and the board of the Lowy Institute for International Policy, a Patron of the Australian Indigenous Education Foundation and Raise Foundation and a Founding Panel Member of Adara Partners. He was previously a member of the Takeovers Panel, Director of Singapore Airlines Limited, the Westfield Group and Singapore Telecommunications Limited, Chairman of Coca-Cola Amatil Ltd, the Australian Securities Exchange Ltd, the Sydney Theatre Company, the Guardians of the Future Fund, the Australia Council for the Arts, the Board of Trustees of Sydney Grammar School and Investec Bank (Australia) Ltd. 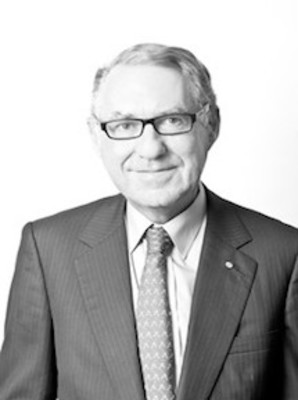 Currently, Jillian is a Non-Executive Director of the Garvan Institute of Medical Research. She is Deputy Chancellor of UNSW Australia, and Chairman of the General Sir John Monash Foundation. Jillian is Chairman of the Australia Israel Chamber of Commerce (NSW). She is a Trustee of The Sydney Opera House Trust and a Member of the Australian War Memorial Council. Previously she has held a range of other corporate and government advisory board positions including recently retiring as a Non-Executive Director of National Australia Bank and ASX Limited. Jillian has a BA LL.B from UNSW and an LL.M from Harvard Law School 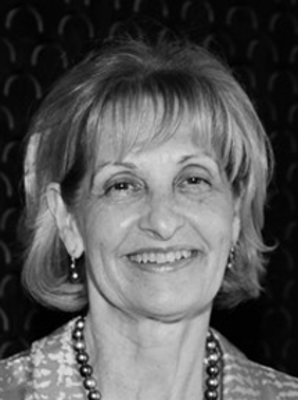 Jonathan is General Manager of Group Homes Australia, an aged-care provider for people living with dementia. Previously Jonathan was Vice President in J.P. Morgan's Equity Capital Markets division in New York and an Investment Manager at Allegro Funds in Australia. Jonathan is the founder and Chair of The Observership Program in Australia, Executive Committee Member of JCA, Co-Chair of Jumpstart and Director of The Moriah Foundation. Jonathan holds a Bachelor of Commerce from the University of Sydney and a Masters of Business Administration with Distinction from INSEAD in France 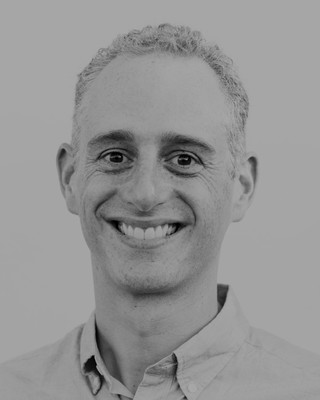 Alison has spent over 20 years working with technology-enabled businesses, focussing on innovation and growth. She was the first managing director of eBay Australia and was the CEO of two technology investments funds – ecorp and netus. She remains focused on technology-enabled growth and transformation as a non-executive director of Westpac, Cochlear and kikki-K. She is also on the Investment Committee of Main Sequence Ventures and continues to support entrepreneurs building digital businesses in Australia. 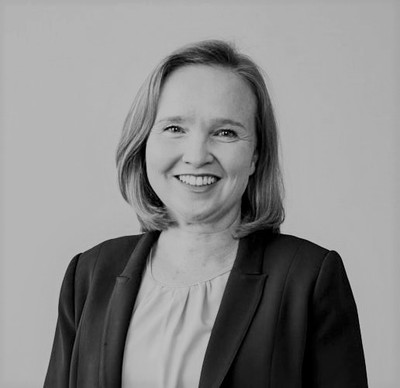 Conor is Senior Business Manager for the Equities division of UBS in Australia and New Zealand, having held previous roles with Citigroup in London. He holds a Finance Degree from University College Cork in Ireland and is a qualified accountant with the Chartered Institute of Management Accountants. Conor holds a number of external positions within the Australian Finance industry including as Director of the Stockbrokers and Financial Advisors Association of Australia. He observed the board of the Observership Program in 2017. He is married with two young boys and lives in Sydney. 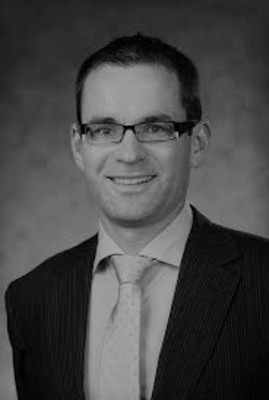 Peter Joseph AM - Board Member

Peter Joseph’s career spans over forty years in business and investment banking. He is the current Chair of the Black Dog Institute, The Ethics Centre and The Health-Science Alliance, UNSW Campus; and a Director of Tonic Health Media. He is also the former Chair of St Vincent's Hospital Ltd, Mater Health Sydney and Riverview College Council. 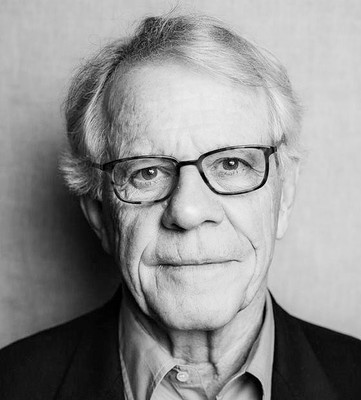 Suzie Riddell is the Chief Executive Officer at SVA. Suzie joined the SVA Consulting team in 2011, and has supported non-profit, social enterprise and government clients in education, Indigenous affairs, health and employment. She has experience leading strategic planning projects, developing frameworks for measuring social impact and facilitating knowledge sharing. Suzie led SVA’s work in Education before taking on Strategy and Business Development and Projects. Prior to joining SVA, Suzie was a consultant at Bain & Company, where she worked on strategy, private equity diligence and transformation programs. Suzie holds a Bachelor of Accounting (University Medal, First Class Honours) from the University of Technology, Sydney and a Master of Philosophy (International Relations) from the University of Cambridge 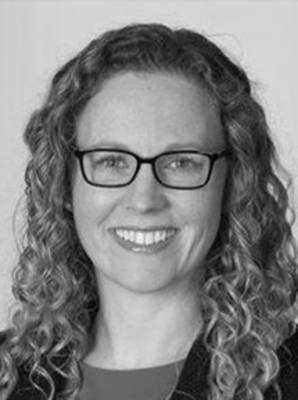 Mark Rohald has over 25 years experience in private education, training and human resource development businesses in the UK, South Africa, Canada, Australia and New Zealand. Mark co-founded and invested in a number of private and publically listed education and human resource development companies and has served on the Board of more than 25 organisations. Mark was the co-founder and joint CEO of the Think: Education Group, one of Australia's leading private providers of campus-based education and training. This business was subsequently sold to Seek. More recently, Mark was the co-founder and joint CEO of Open Colleges, the largest private online education provider in Australia. Open Colleges was subsequently sold to the Apollo Education Group. Mark has a specific interest in online, technology and service businesses. Mark has worked closely with the other co-founders of Quartet Ventures, Sam Linz and Robert Gavshon, for more than 10 years. He has served in an advisory capacity to government educational authorities

Joe has had a dual career in business and the not-for-profit sector. He is the Co-Founder and Co-Chair of CHAMP Private Equity, the longest established private investment management firm in Australia with AUD$5 billion in institutional mandates, for control investments in Australia and Asia. He has served as President of the Industry Association and has been awarded, together with his Co-Founder, the Inaugural Life Time Achievement Awards by both the Australian and Asian Private Equity Associations. In the not-for-profit sector he has held Government appointments as Chair of the Sydney Opera House Trust, the National Capital Development Authority, the National Film School, the Special Broadcasting Service, and membership of The National Investment Council and Senate of the University of Sydney, where he graduated in Economics. He is currently Chair of The Conversation Media Group, The Sky Foundation and is a director of Philanthropy Australia and The Observership Program and is on the Australian Committee for Human Rights Watch. He was awarded membership of the Order of Australia in 1993 and made an Officer in 2008 in recognition for services to the community and to the private equity industry. He is married with two daughters and lives in Sydney 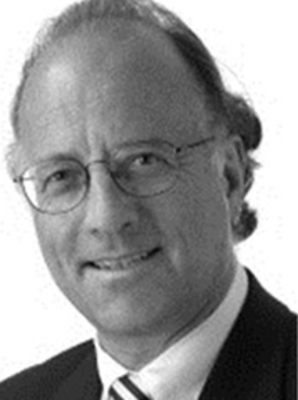 Cathy has over twenty years’ experience as a senior and chief executive and boardmember. Cathy has also worked as a consultant supporting clients in the arts and creative industries, tourism, international aid and development and communications. Cathy worked with the Australian Institute of Company Directors(AICD) as director of its Top200 initiative, where she developed and implemented a program of engagement with directors of Top 200 ASX-listed companies and designed, developed and tested a concept for a professional development program for senior company directors. At the City of Sydney, Cathy held a range of executive management responsibilities including for Sydney New Year’s Eve, Public Affairs, Cultural Programs, the City’s Marketing and Retail Strategies and Community Relations. Cathy was Chief Executive of the Australian Film Commission (AFC),where she served in an advisory capacity to government and the film industry. Cathy has been a member of a number of not-for-profit boards including the Australian Theatre for Young People (ATYP), Sydney Film Festival, the Museum of Contemporary Art (MCA), Australian Film Commission, Communications Law Centre, the Adelaide Festival Fringe and the NSW State Council and the Strategy and Planning Boardsub-committee of Save the Children Australia 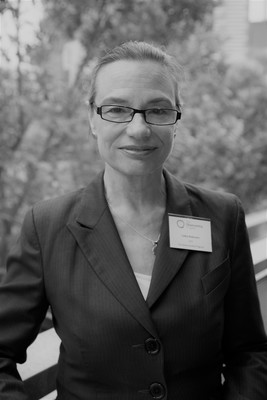 Before joining the Observership Program Catherine worked at a senior level in the arts for 30 years. Working closely with government & council agencies and raising funds from corporates, Catherine led, managed and motivated diverse teams to immoveable budgets and deadlines. In London Catherine produced seventeen productions for award-winning theatre company, Complicite, three as co-productions with The National Theatre and four in London’s West End. As Director of The Islington International Festival and Associate Director of The Mayor’s Thames Festival Catherine programmed large scale spectacle for combined audiences of over 2.5 million. Catherine co-produced Sing For Water, (a mass choir concert raising funds for clean water and sanitation education, delivered by WaterAid), for Brisbane Riverfest and, with City of Melbourne for the Commonwealth Games Cultural Festival. She has worked as a consultant for the Australia Council and made two documentaries, “Women of the Sun 25 years Later and Lindsay’s Reserve. She was a visiting lecturer in Arts Management at London’s City University and Birkbeck College and is also an alumnus of Common Purpose leadership program 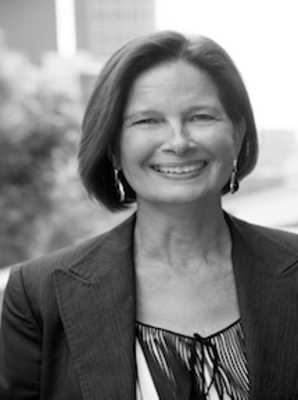 Belinda has over 25 years’ experience in administration and is a highly organised event manager with experience in operations, staff management and business development skills. As the Program Manager of the Observership Program she will bring high energy, enthusiasm and a focus on processes and timelines. Belinda has held a variety of positions within Associations for over 13 years where she has developed professional relationships, administrative processes as well as highly engaging events. 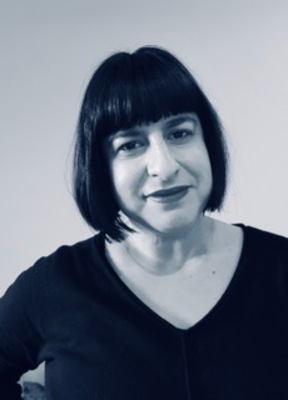 The Observership Program is a company limited by guarantee with an independent board and is registered with the Australian Charities and not-for-profits Commission (ACNC).